I haven’t written a blog since the Royal Wedding last year, but I’m coming out of “retirement” (aka just being a super lazy human) to write about 90210, Riverdale and Luke Perry’s deeply sad and unfortunate death.

I was 4 years old when 90210 first aired, but I was fourTEEN years old when it ended. This is important because while I missed the original window and while most other women in love with Dylan McKay are like 40 right now, I succumbed to his bad boy charms via the rerun. Shortly after 90210 ended, some random cable channel started playing 2 episodes everyday. IN ORDER. Which is *vital* to a teen soap opera. I mean sure, their clothes were a little outdated (THEY ARE INSANELY IN STYLE NOW THO. Weird.) but that didn’t matter. My best friend and I watched those shows everyday for the entire summer and when school started back, I SET THE TIMER RECORD TO A VHS TAPE. (Geez, I feel 100.) Anyway, my point is this- before “binge watching” was a thing, I binge watched 90210. And that is why, as a grown married woman, I tracked down Dylan McKay’s pretend house to take this photo.

Dylan McKay was iconic. A classic bad boy who did just enough right that you could always forgive him for the things he did wrong. Cheating on Brenda with Kelly? NBD. He was in love with her! Falling off the wagon with Valerie Malone? Meh. It was just a few hundred tequila shots. Almost drowning Donna because of his heroin habit? Ok, that one was kind of a big deal. But we all forgave him because he’s Dylan! One of his most famous lines “May the bridges I burn light the way” perfectly sums up his rebellious attitude, but we can’t forget about the oh so many other things he did right. Least of which was being a zillionaire and driving a vintage Porsche. #hot 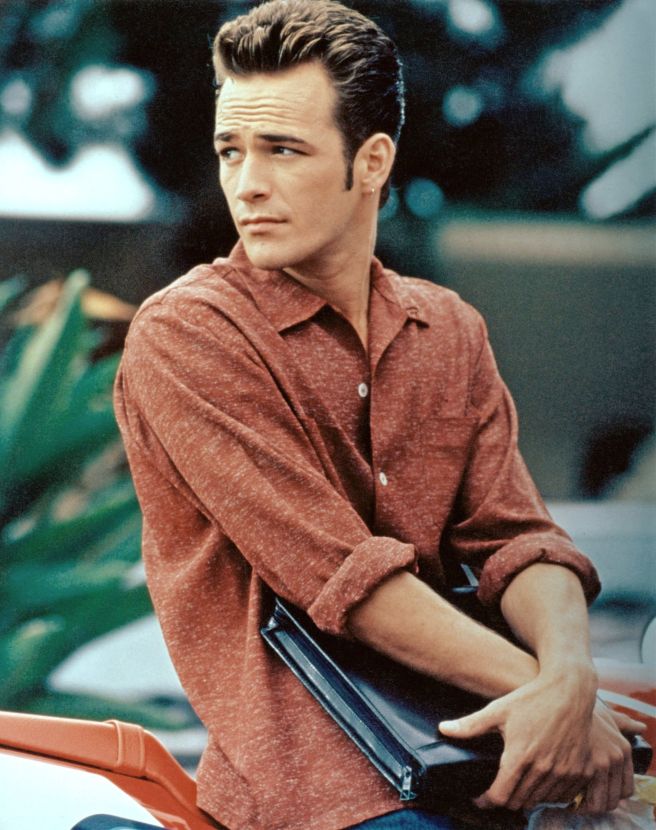 Everyone 5-10 years younger than me knows Luke Perry as Archie’s dad on Riverdale. I wrote in my first ever Riverdale blog that “I came for Luke Perry, but stayed for Jughead.” If they hadn’t cast LP as Fred Andrews there’s about a 1000% chance I would have never watched Riverdale. It is a doubly crushing blow that the cast of 90210 just signed off on a reboot. I heard that while LP didn’t sign a contract for it, because of Riverdale obligations, he was still planning to make guest appearances when he could.

The whole thing is insanely sad. He was only 52 and I thought we were too young for our heartthrobs to be having strokes? The silver lining here is that Luke & Dylan can live forever since Hulu currently streams all of the 90210 seasons. I’m just going to pretend Dylan’s surfing in Mexico and we’re all like Brenda- mad our dad wouldn’t let us go with him.