I’m calling an audible this week and doing a Finals PREview instead of a Semi-Finals Review, for one very important reason: The Chicago Cubs fanbase has totally screwed up the curve. So instead of talking about who deserves to win the mirror ball trophy, we should probably be talking about if David has enough votes to cause Normani or Rashad to lose. FREAKING-OUT-EMOJIS.

You don’t have to know me for very long to learn I’m a big sports girl. One look at my Twitter feed and you’ll see ALL.THE.SPORTS along with an irrational love of Rickie Fowler, which technically still falls under sports. To understand David making The Finals, you have to understand baseball, the World Series and a 108 year drought. ONE HUNDRED AND EIGHT YEARS. There are generations of insanely grateful Chicago Cubs fans asking themselves how they could ever repay this guy for making their sports dreams come true and do you know how they’ve decided to do it? BY DOMINATING THE DANCING WITH THE STARS POLLS. And the judges don’t help. Their shock when Simone got kicked off, instead of David, just reeked of melodrama. I hope they come up with a new way to say “America loves you, but we still think you suck” because I’m getting tired of hearing “you’re the heart of this competition.” Giant eye roll.

David’s scores from the Semi-Finals:

Judges Challenge Round, Julianne: Foxtrot (34 out of 40) 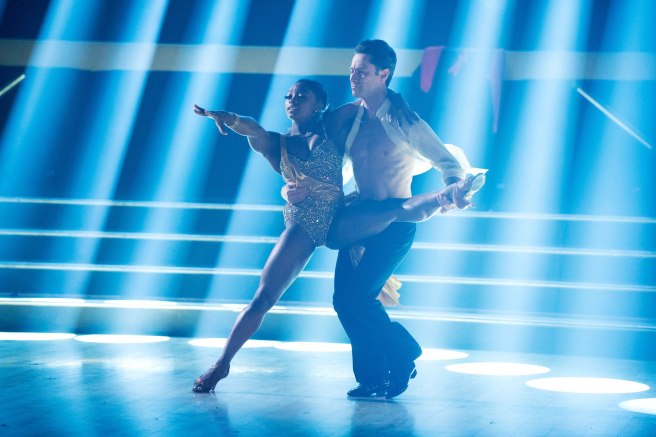 First things first, that glitter bra Simone wore was KILLER. Now, about her performance this season: I thought overall the judges were unfairly harsh on her. Look at how this week it took her just a few minutes with Carrie Ann to understand how to “act out” the characters in the dance and make small facial adjustments. If someone had showed her that in Week 2, alllllll this stupid drama could have been avoided and honestly, she probably would have won. They expected more from her than the other celebrities and IMO, they pushed her too hard. If an Olympic medalist breaks down crying and says it’s too hard, THEN IT’S TOO FREAKING HARD PEOPLE. I’m glad she ended up with two perfect scores and went out with a bang. She was the star of last week’s episode…well, her and Normani’s grandma but more on that later. Also, did that balance beam in her last dance make anyone else start crying and chanting USA! USA! USA!? We love you Simone! Thanks for everything. #TheFinalFive

Simone’s scores from the Semi-Finals:

I LOVE to watch Rashad dance, but could never fully put my finger on why. When the judges explained that usually female pro’s have to “back lead”, I realized that Emma doesn’t do that with Rashad. He’s so amazing to watch because he leads like a man is supposed to in ballroom dance. Unfortunately, he comes in second for me because he hasn’t shown he can consistently dance the best each week and consistency is key. My husband claims he can play basketball as good as LeBron *sometimes*, he just can’t do it consistently. (Obviously this is a joke. I mean, no, he actually said it, but it’s not true. Sorry hunny.) I didn’t know much about Rashad before this season, but I REALLY like him now and somebody in the NFL better give him a job or I will cry. Also, only Bruno would call a football player a “sportman.” That’s so embarrassing.

Rashad’s scores from the Semi-Finals:

At the start of this season, I mentioned that I once called Fifth Harmony slutty on Twitter and their psychotic harem of fans annihilated me. I’m ashamed to admit that each week you’ve all been witnesses of my journey to become an official member of the Harem. (Well, all 4 of you who read this blog. Hi mom!) I’m not saying I’m gonna buy tickets to a Fifth Harmony concert or anything (btw, did you know there are only 4 of them now? Yeah, I wikipedia’d them. Don’t judge me.) but Normani has won me over. She has been the best and most consistent dancer week after week and she deserves to win the mirror ball. Let’s just hope it doesn’t over-inflate Val’s already giant ego. Have you ever watched his Insta-stories? The man’s got abs, no doubt, but a story of you dancing alone, shirtless, is kinda weird. I’m totally still going to watch them, but it’s weird. 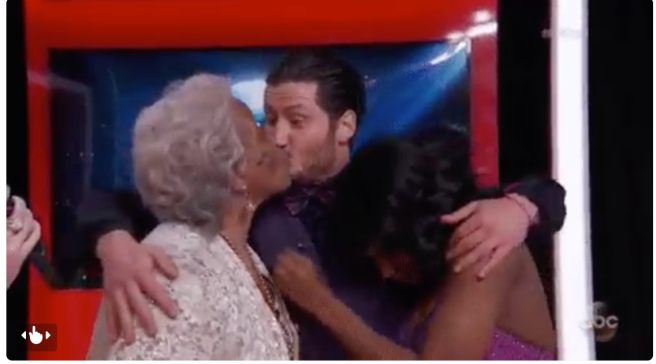 And finally, about Normani grandmama. IDK why Val looked so shocked when she macked down on him on national television after he said: “First of all, Barbara’s already taken and she’s mine.” DON’T PLAY WITH OLD LADIES’ HEARTS VAL- said Normani’s grandma and American women everywhere.

Normani’s scores from the Semi-Finals:

Judges Challenge Round, Len: Viennese Waltz (36 out of 40)

Don’t forget to tune in Monday & Tuesday night for the two-part finale to find out if the Chicago Cubs pull off another miracle! #GoCubsGo