Like I said last week, WHAT IS WRONG WITH THIS WOMAN? Does she think she’s being funny? Because she is SO not. Thankfully, she wore that giant puffy red skirt so we didn’t have to watch her feet stomping around (incorrectly) the entire dance. I hope they’re giving Keo combat pay.

Mr. T and Chris both made me so sad this week. They are giving 110% but bless their hearts, they just can’t dance. Can we please give them a participation trophy so I can stop crying? I do love Rocky tho.

Nancy’s dance was not super great, but SHE CAN STILL DO A SPLIT??? How old is this lady? Also, she’s so terrible in front of a camera that it makes ME nervous. She gives answers like I would if Erin Andrews shoved her microphone in my face.

Oh hey, Carrie Ann, how about don’t tell a guy who had a broken neck “not to be so stiff.” A million exclamation points!!!!!! Sigh. I literally laughed through his entire dance this week. It was awesome and so so funny. I thought he was much improved, but man he looked so defeated by his scores, and even worse when he got eliminated. I’m still upset, I don’t wanna talk about it.

Once again, I don’t watch The Bachelor, but Nick and Vanessa seem a little fake. I thought he danced the foxtrot well, but the judges REAMED him. A FIVE FROM LEN!?!?!? Yikes.

Heather had to dance with Alan this week because Maks is injured, but they won’t tell us exactly what happened. Stupid HIPAA laws. Anyway, it didn’t change the fact that I watched this dance with a huge scowl on my face. I hate this girl. It’s ridiculously unfair that SHE WAS BEYONCE’S BACKUP DANCER. (I will never stop saying this.) America should collectively decide not to vote for her. You guys in? Cool, thanks.

David Ross should get extra points for rapping Bust a Move on national television. A million thumbs up emoji’s, but the dance was kind of a let down. It pains me to write that, but it’s true.

This guy is SUCH a charmer. I actually literally screamed along with the audience when he almost kissed Sharna in the middle of the dance. Did you guys notice the HAND HOLDING in the package?! If they are just Katniss & Peeta-ing us for votes, I’m gonna be pissed. Also, I will admit, I’m a sucker for any Texas boy that can two-step. (Hey, my husband can two-step, get off me. #TexasForever) 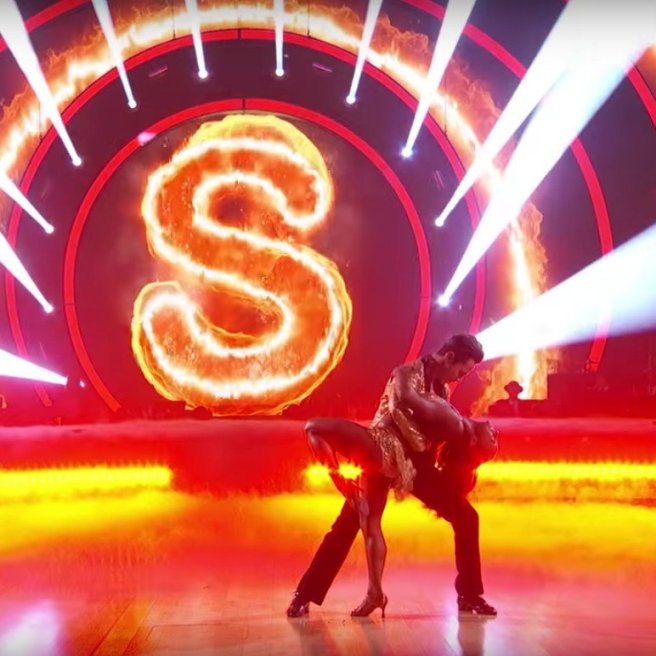 This dance was REALLY REALLY GOOD. I liked it way better than her tango last week. The judges scored her low, she deserved more 8’s.

Ok, I REALLY like this dude. He has some SERIOUS swagger happening and he’s like, the definition of smooth. Also, my friend says that all of America hates whatever girl dumped him now. #sotrue

Watch: Normani’s Cha Cha to Give Me Your Love

Normani and Val were in Japan all week and JET LAG IS NO JOKE PEOPLE. Somehow she nailed this routine (landing 4 hours before the show) but 5 days post-Hawaii, I still didn’t know what day it was. Between the Fifth Harmony Fan Harem and her actual dancing ability, she might actually win.

I said, I don’t wanna talk about it.